Worcester Woodland Archers held their first open shoot on 28th April.  The shoot was held as a memorial and charity shoot in remembrance of Paul Coglan, our course layer who passed away.  Towards the end of his life, St Richards Hospice had greatly helped Paul and his family. The club made a £1210 donation to the hospice, including £710 from proceeds from the shoot and generous contributions from club members.

The weather was kind and we had 96 archers attend.  Because it was a charity shoot we allowed club members to shoot but they were not allowed to win a prize this time! 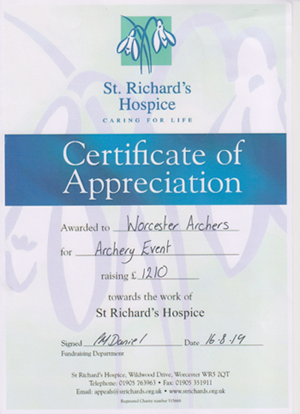 Visitors enjoyed the course and found some shots challenging.  There were the usual jovial cries of ‘that target is too far away’ or ‘that tree is in the way’ etc etc which we interpreted as good course laying! 😉 Catering was laid on by Mon Coglan , Paul’s widow, and the food was fabulous and much appreciated.

All had a good day and since the shoot we have had several archers revisit.  One expressed that he had unfinished business with a shot or two! Thanks to all who attended and donated so generously to St Richards Hospice. More photos from the day can be found on our Gallery Page. 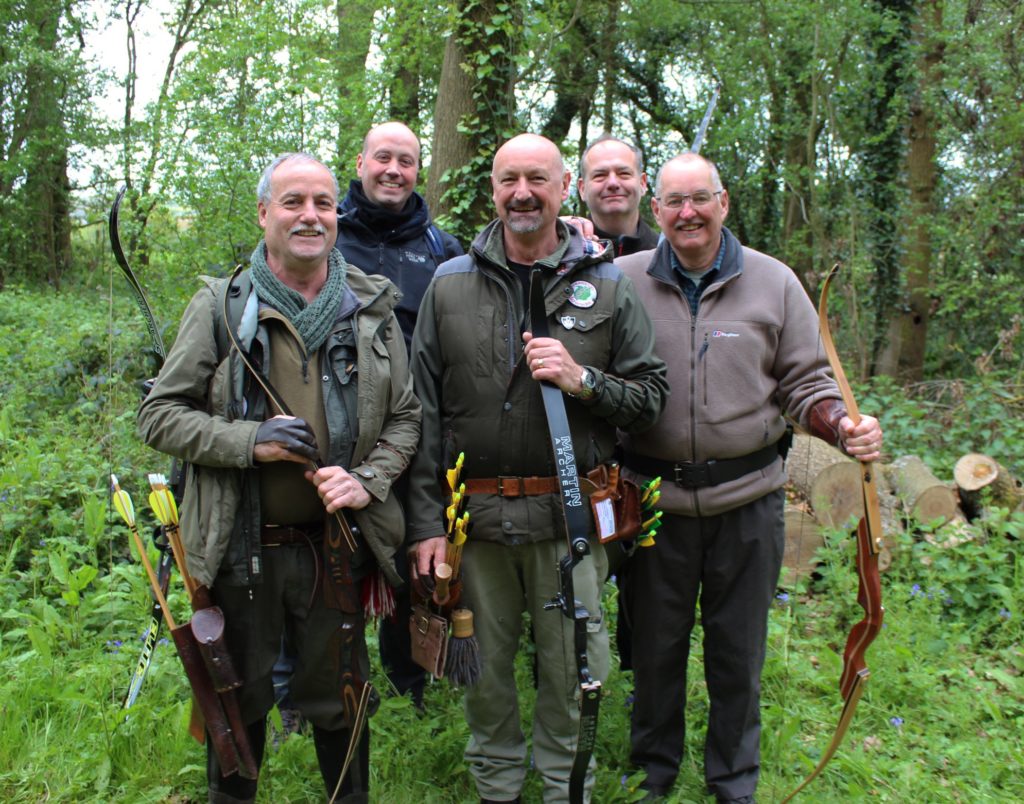